Newest, beautiful, single women now added for week of Wednesday, 15 September, 2021 - Tuesday, 21 September, 2021
During this COVID-19 crisis, be assured we are still working daily to ensure your success!

Where to Eat in Davao City Philippines 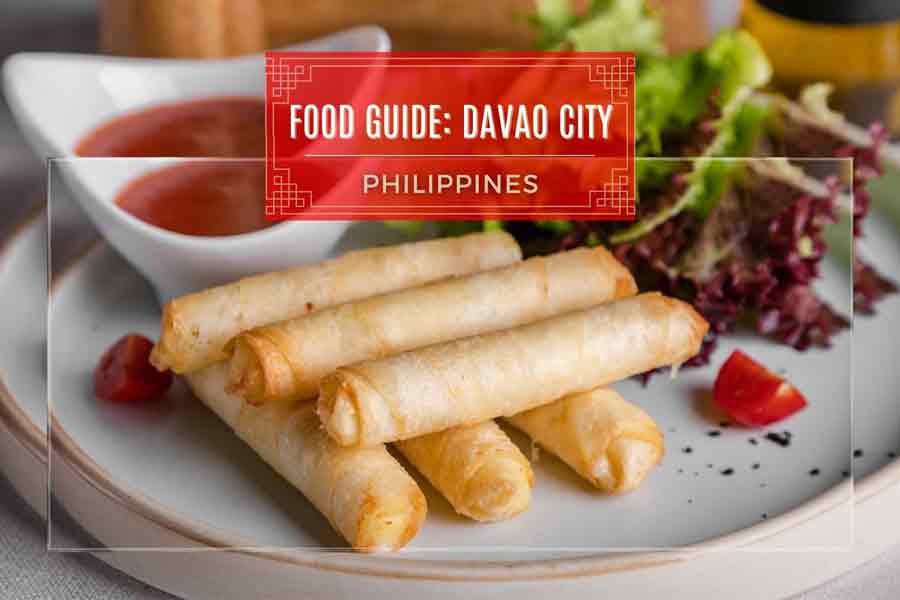 Lumpia is the Filipino version of a spring roll. | Photo by Dima Valkov on Pexels

World-renowned food critics Anthony Bourdain and Andrew Zimmerman once predicted Filipino food as the next big thing in the culinary world. Well, they weren’t wrong.

As we speak, it’s slowly gaining popularity across oceans.

From easy-to-love lumpia to classic savory chicken adobo, people around the world are developing a taste for Filipino cuisine. Perhaps it’s because of the addictive acidity or sweetness that makes it the go-to comfort food for many.

Either way, we’re here to give you a glimpse of the best food the Philippines has to offer, specifically in Davao City.

Prepare yourself for a gastronomic adventure as you hop from one restaurant to the other and feast on amazing Filipino dishes. Check out these amazing places to eat in Davao:

A favorite dining destination among locals and visitors is this two-storey family-owned restaurant located in the city’s downtown area along General Luna Street, also just one stone’s throw away from the famous landmark, the Apo View Hotel.

Though the place may be considered a Chinese restaurant, it still offers a lot of authentic Filipino dishes.

Rest assured that all of their food is good since they’ve been serving the masses since the ‘50s.

Home of the best bulalo in Davao City. Coincidentally, this establishment is conveniently located near Dencia’s Restaurant on the same street, General Luna, just behind Gaisano South Mall in Illustre.

It doesn’t cost a lot to eat here. In fact, it’s considered one of the most affordable restaurants in Davao City. A meal for two people will only set you back around 150 to 300 Php, and that’s just 3 to 7 USD.

What to order: Of course, you should order their specialty dish, the bulalo. What separates this dish from the rest of the famous and known bulalos in the city is that they use carabeef meat instead of regular beef. Each bowl of their beef soup comes with hearty pieces of carabao meat, drenched in a steaming warm bowl of rich soup.

Definitely a must try food in Davao. 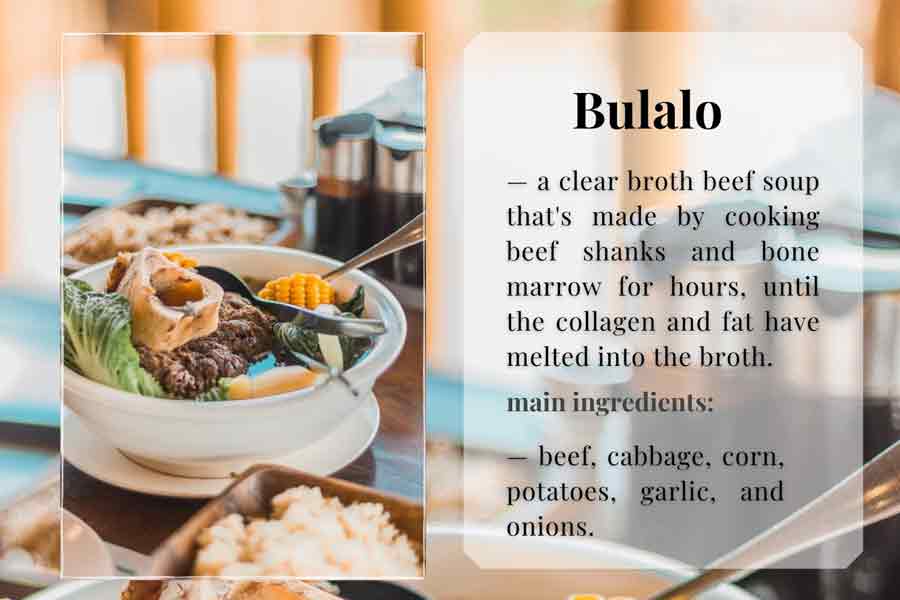 There are a lot of versions of this Filipino dish, depending on which region you’re in. | Photo by John Matthew Flores on Unsplash

The city of Davao is in close proximity to General Santos, also known as the Tuna Capital of the Philippines. Most of the tuna not approved for export are sent to the local markets of Agdao and Bankerohan. That’s why you’ll find numerous seafood restaurants in Davao.

A once small eatery that grew into what it is today is a popular local seafood house within the city. It currently has three branches: Ecoland (Quimpo Boulevard), Prime Square II (Torres Street), and J.P Laurel Avenue (fronting SM Lanang Premier).

They also offer a sizzling seafood platter, which is an assortment of fresh seafood brushed with sweet sauce and served on a hot plate. The platter includes tuna belly, squid, shellfish, and tuna inners - bagaybay (gonads) and ubol-ubol (tendon).

Arguably the best seafood restaurant in Davao is located inside SM Lanang Premier. Marina Tuna is famously known for serving the most amazing sashimi in the country. The tuna this restaurant serves are considered Grade A and are of the same quality as those transported to Japan for the sashimi market.

A farm-to-table restaurant that sources ingredients from small-scale local farmers. They serve traditional Filipino food and, at the same time, are active eco-movement advocates.

Most of the restaurant’s interior decorations are made of upcycled materials. From woven baskets made into wall ornaments to placemats made from old plastic wrappers, this restaurant has a rustic ambiance that makes you feel like you’re in a classic Filipino home.

What to order: Balik Bukid offers healthy yet delicious traditional Filipino meals made from fresh, chemical-free, and organically grown ingredients. Aside from the salad and popular Filipino dishes, you should get kagikit. It’s a rice dish made with shredded beef, chicken, or fish, wrapped in coconut leaves then steamed to cook.

Last on our list is this local dessert shop in Davao, located in Gladiola St. It’s a small pop-up shop that offers mostly Filipino sweets known as kakanin – the word is an umbrella term that refers to desserts made from glutinous rice. 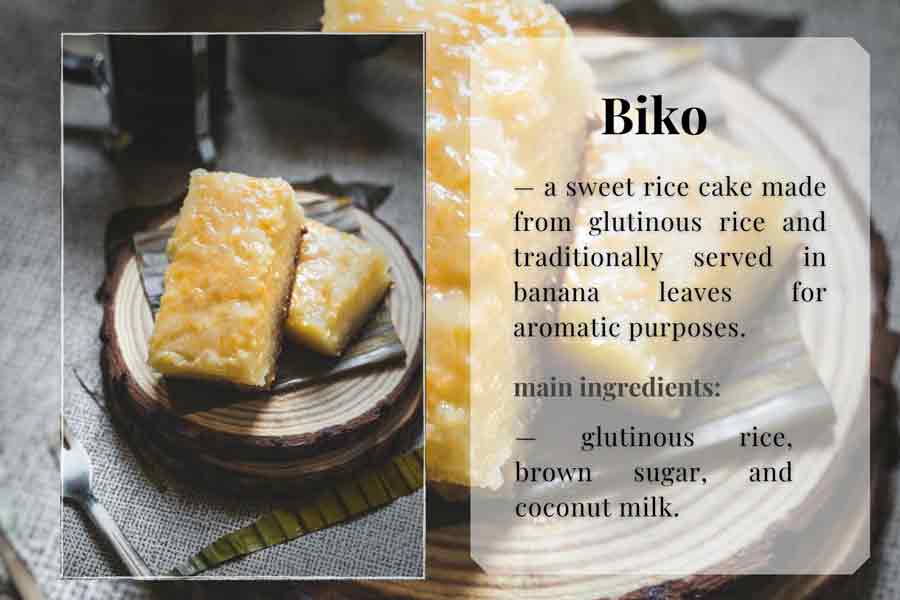 One of the most famous rice cake desserts in the Philippines is Biko. | Photo by Eiliv-Sonas Aceron on Unsplash

What are you waiting for? Go and visit Davao City!

Davao is a city worth visiting in the Philippines. Friendly people, beautiful women, interesting sights, and amazing Filipino food everywhere.

You won’t run out of places to see and things to do. Plan a trip, visit famous restaurants, and eat in Davao.

It’ll definitely be a cultural experience to remember.

Newest, beautiful, single women now added for week of Wednesday, 15 September, 2021 - Tuesday, 21 September, 2021
You have to meet the women to marry them! We have group singles tours departing nearly every month!